So, back in August, I surprised Nick with a trip to Baltimore as one of his birthday gifts (aside:  the other was this REALLY COOL book program from Book Culture here in NYC–if you live here and love books, check it out!), and we scheduled it for late-October. Below the jump is a quick recap of our adventures, along with some photos and costs.

We left Penn Station right on time at 6:25pm and got to Baltimore a few minutes late, right around 9:15pm. You all know how I feel about Amtrak, so no need to get further into that, but suffice to say it was a pretty uneventful ride, and I was able to finish my book (Station Eleven, highly recommended!).

We got to the Hotel Indigo, checked in, and because I am a Platinum Elite member with IHG, I was offered a welcome amenity of one of the following:  500 IHG points (worth roughly $2), two drink coupons for the bar, or a bottle of water and some trail mix. We settled on the drink coupons, which seemed to be the best value.

After we settled in, we walked to The Brewer’s Art for dinner. The setup of the restaurant is a little interesting:  raucous bar in the front, dining room in the back–almost felt like two different restaurants, but don’t let that deter you! This was a really neat restaurant that also makes their own beer, and I had two of them:  Stalking Horse and 20th Anniversary Ale. The food was also really good:  I had mussels and Nick enjoyed the fig salad and duck tortelloni very much! You realize how expensive everything is in New York City when you get the bill:  for four drinks, two appetizers, and an entree our bill came to less than $100 with tip–New York wouldn’t have even been close!

After sleeping in, we left the hotel and walked down to the Inner Harbor, walking past the USS Constellation, the USS Torsk (constructed at Portsmouth Naval Shipyard!), and the Lightship Chesapeake. 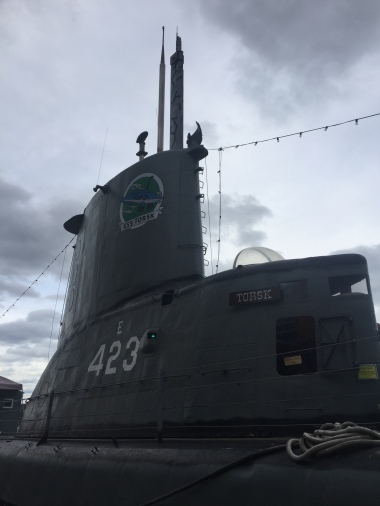 We stopped in for brunch at Apropoe’s and the walked back through the Inner Harbor to Federal Hill. From there, we walked up to Federal Hill Park to take it all in:

After that, we walked down to The Book Escape (because what trip isn’t complete without a stop into a bookstore?) and perused the shelves for a bit, coming away with four books. Then, we made our way back to the hotel to relax for a bit. Around 3pm, we walked next door and walked around the galleries of The Walters Art Museum. There were some really interesting collections, including a cute little display of netsuke. 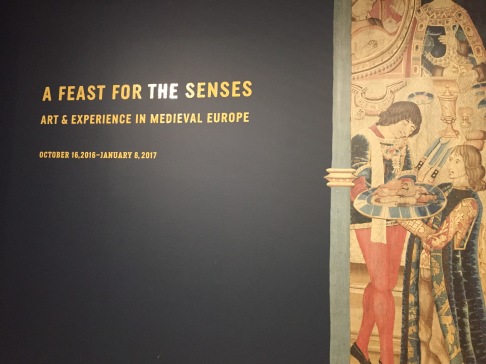 After that, we went back to the hotel to use our free drink coupons–$15 in value, rather than $2 for the points–that was certainly a no-brainer! At the bar, we confirmed our reservation for Woodberry Kitchen, a restaurant we’ve been to before, but couldn’t wait to enjoy again! The menu changes daily, which means I’ve forgotten exactly what we had, but to pull from memory:  a warm salad, meatballs, pork dumplings, spicy pork with egg noodles, and a delicious sundae! By this time, we were stuffed and exhausted, so we hopped a ride back to the hotel and promptly fell asleep!

Sunday morning we slept in again, checked-out from the hotel around 10, and walked to breakfast at Dooby’s. Literally the best breakfast sandwich I’ve ever had! 10/10 would eat again.

After that I dragged Nick to the B&O Railroad Museum (which he secretly enjoyed 😉 ) and then walked down Pratt Street to the National Aquarium where we saw, among other things, a very cool jellyfish exhibit!

After that, we had lunch at Bagby Pizza Company, got some snacks for the train, and made our way to the train station. Our train departed on time at 5pm, and by 8:15 we were in the front door and back from our Baltimore weekend. Whirlwind!

Hopefully Nick enjoyed his birthday gift! Overall, an easy trip to make from New York City, and I think well worth a weekend away.

So here’s the deal. I’m a twenty-something who’s travel ambitions are larger than my wallet sometimes likes to allow, but that’s what happens when you work for a small non-profit in NYC. Because of that, I’ve decided to create this blog to highlight that travel of all kinds–from weekend trips to Philly to a week in Hawai’i–are attainable.